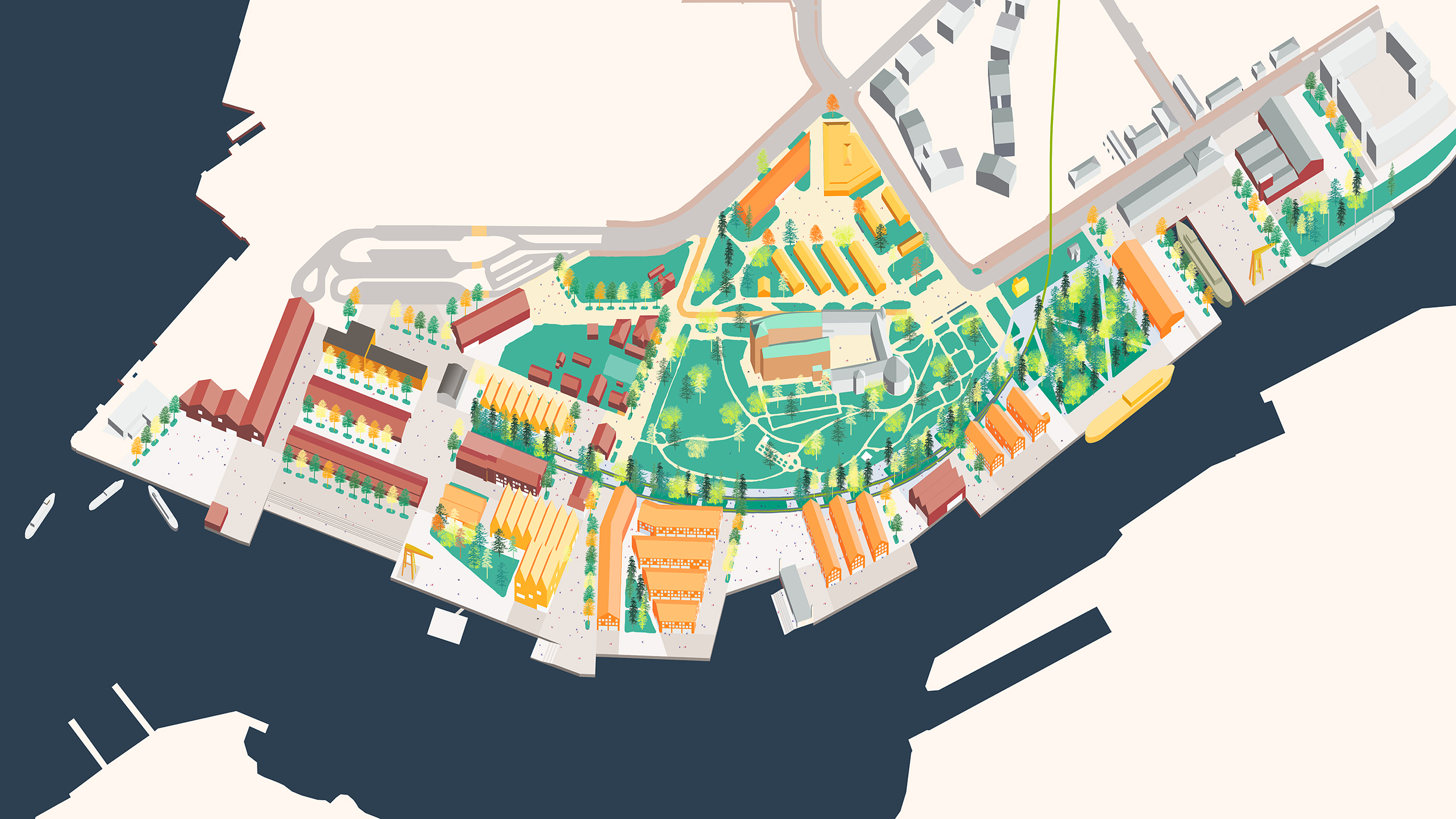 Quarters is an ambitious public-realm led proposal for the future of Turku’s Linnanniemi area. The proposal aims to create a socially, environmentally, culturally and economically sustainable piece of city, which respects and enhances the existing urban conditions. The competition sheets can be downloaded here. 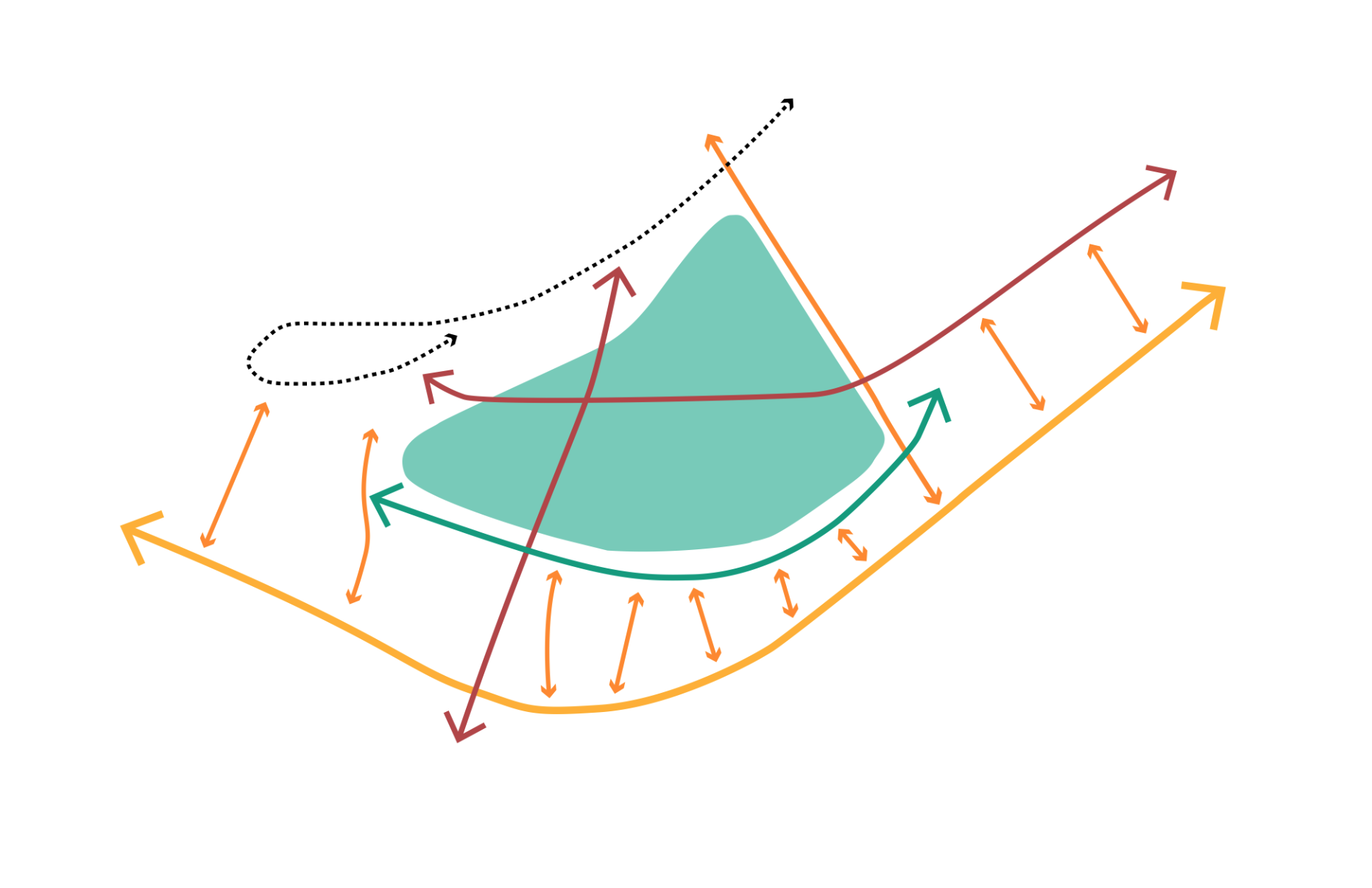 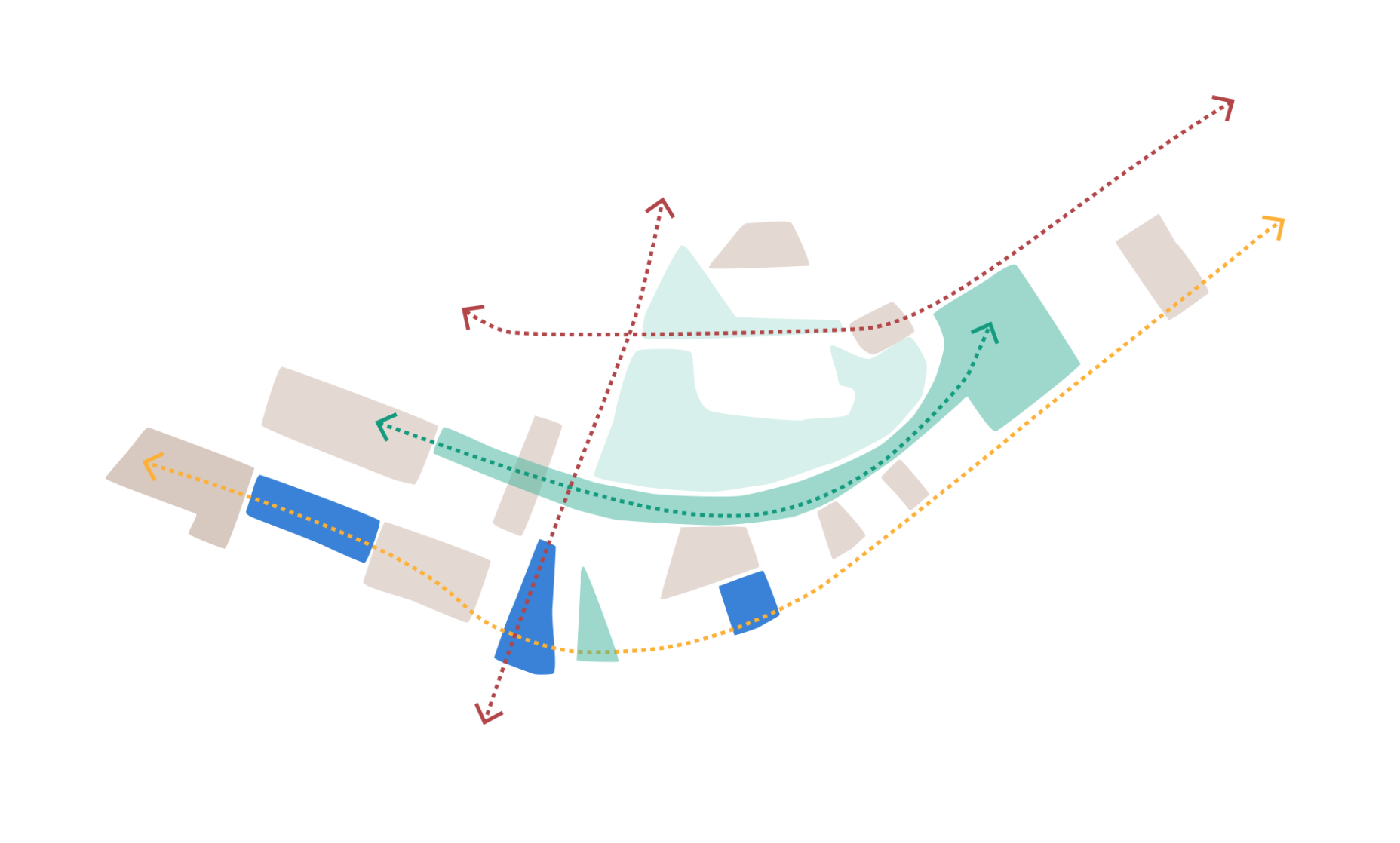 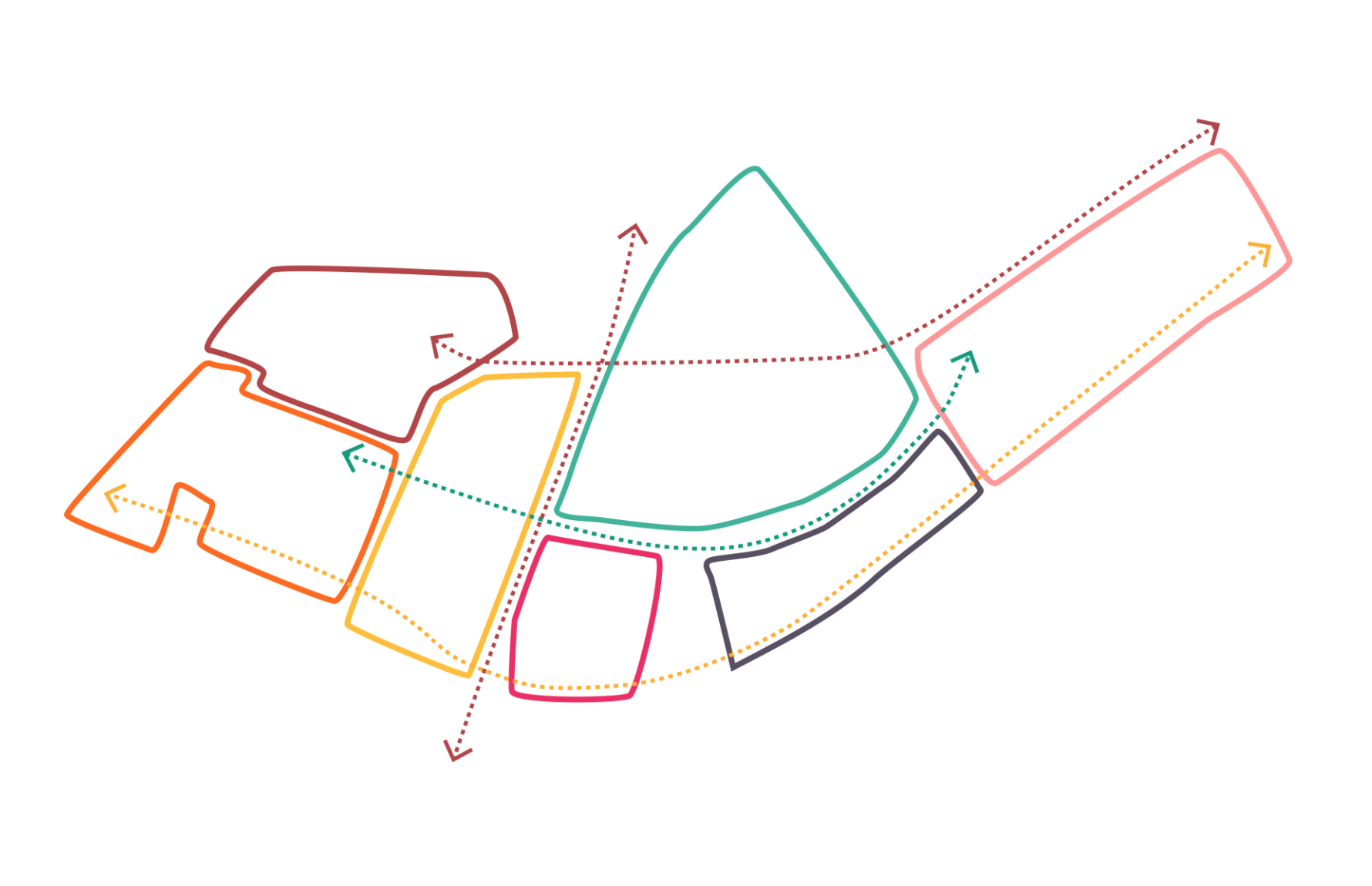 1. The creation of a large central park ‘Castle Park’, which ties the three most historic areas of the site together into one large and car-free green space. This is achieved through the pe- destrianisation of Linnankatu and Satamakatu (service vehicle traffic only).

2. The establishment of a large linear park ‘Railway Park’, which runs the length of the former railway. This contains cycling and walk- ing routes along the former railway lines, to the Railway Station, making a new key route through the site and wider city.

3. The activation of the harbour edge through strong pedestrian routes and a variety of public spaces and public buildings.

4. The planning of new buildings which have a strong sense of place and are sensitive in scale. This is achieved by creating a series of ‘Quarters’ – loose campuses of buildings with related functions, limiting the heights of new buildings in deference to the historic surroundings, and proposing warehouse-like forms which relate to the existing building stock and historically industrial nature of the site.