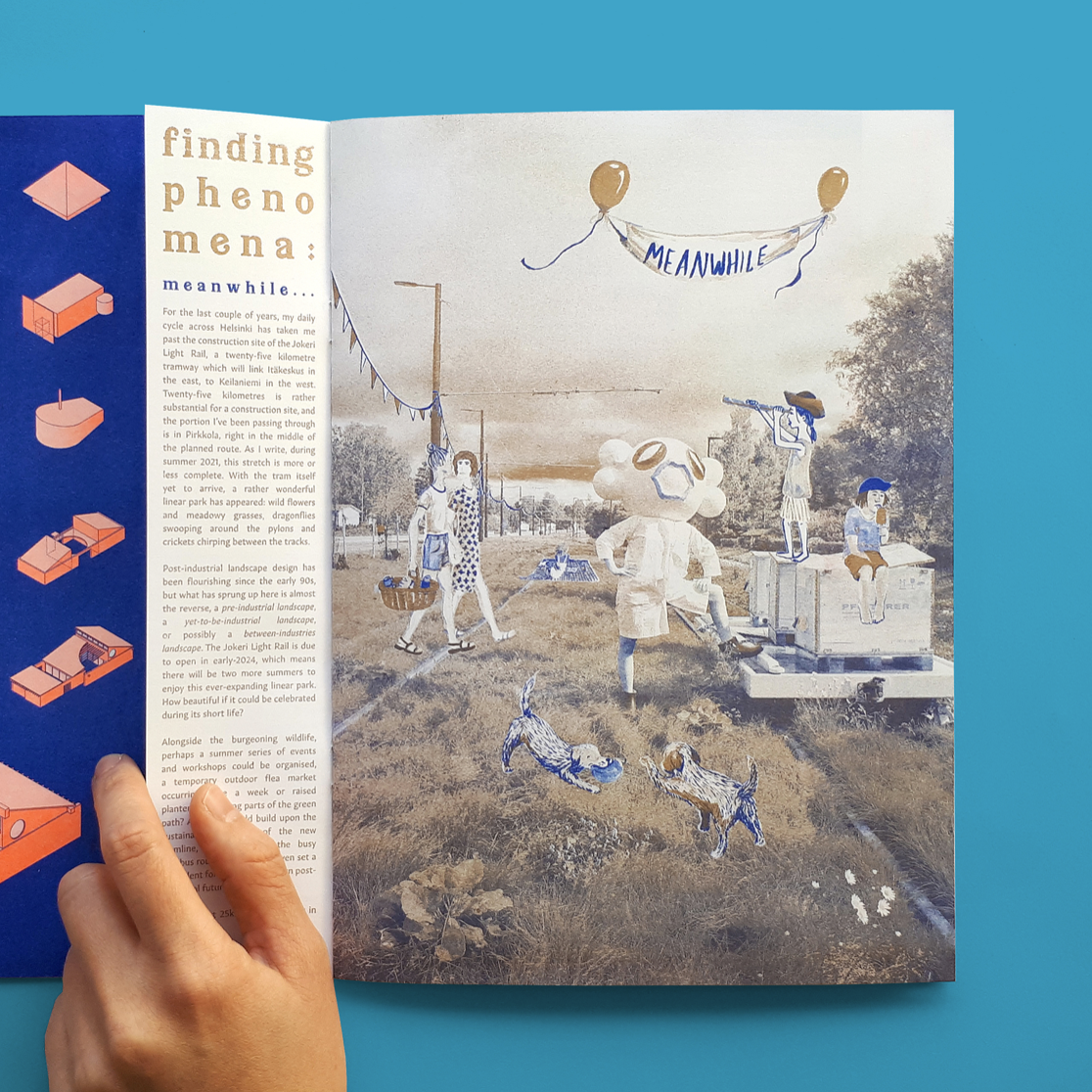 For the last couple of years, my daily cycle across Helsinki has taken me through the construction site of the Jokeri Light Rail, a 25 kilometre tramway which will link Itäkeskus in the east, to Keilaniemi in the west. 25 kilometres makes rather a large construction site, and the portion I’ve been passing through is right in the middle of the planned route, in Pirkkola. As I write, during summer 2021, this stretch is more or less complete. With the tram itself yet to arrive, a rather wonderful linear park, all wild flowers and meadowy grasses, dragonflies swooping around the pylons and crickets chirping between the tracks, has sprung up.

Post-industrial landscape design has been flourishing since the early 90s, but what we have here is almost the reverse, a pre-industrial landscape, a yet-to-be-industrial landscape, or possibly a between-industries landscape. The Jokeri Light Rail is due to open in early-2024, which means there will be two more summers to enjoy this ever-expanding linear park. How beautiful if it could be celebrated during its short life? Alongside the burgeoning wildlife, perhaps a summer series of events and workshops could be organised, building on the sustainable ambitions of the new tramline, which replaces the busy 550 bus route, and perhaps even setting a precedent for the tramline’s own post-industrial future? A permanent 25km green corridor in 2121? Why not?